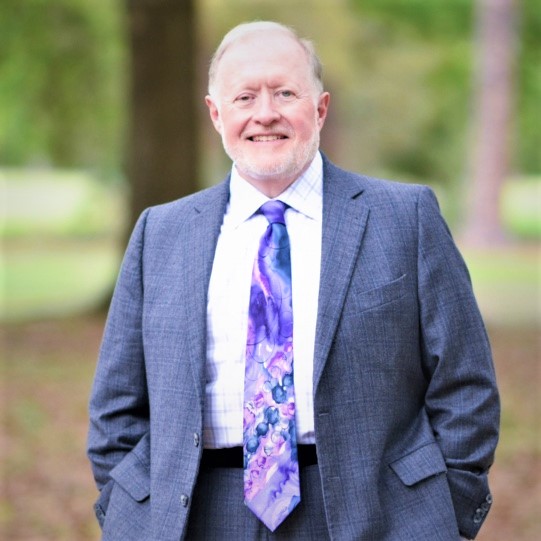 Rich La Belle is the CEO of Family Network on Disabilities, which has served persons with disabilities and their families throughout Florida and the U.S. for over 35 years. Prior to becoming CEO in 2005, Mr. La Belle practiced law for nearly 20 years, concentrating in the areas of disability law, including special needs trusts. Mr. La Belle and his wife are the parents of four grown children, including those who have disabilities.

ED: What would you say to your younger self when reflecting on experiences with your children when they were young?

I would tell my younger self that trusting our gut feelings was the right thing to do, that my wife and I really knew our children the best, that our children would grow to be amazing persons and that they would be incredibly successful because we listened to our guts. I would also tell my younger self to listen to my wife earlier than I did. My wife was much more aware of the most current information, and was a real hero for our kids. This meant that we were able to take steps for our children as early as possible, which was and is key.

ED: Do you have any favorite memories of a child or grandchild during their early years?

My wife and I have four children, so I am very fortunate to have lots of amazing memories of when they were young. One of my favorites is with one of our children, who when about three, picked up on the notion of the X-Men superheroes. They decided that they would no longer be known by their name and would be known as “X-Man”. They had also found a multicolored clown wig and decided they would wear that everywhere as part of their new X-Man persona. On a trip to the grocery store I decided to take “X-Man” with me, clown wig and all. I addressed them as “X-Man” and let them keep the wig on all the way through the store. There were lots of smiles and laughs from shoppers, but our child was taking the whole thing very seriously. After a few days, they decided to revert to the name we had given them (and to stop wearing the wig), but I’ve always felt that my respect of their choices on these personal matters at such a young age was very important to them. It also makes a great story.

ED: Do you see any barriers for fathers and grandfathers in engaging in their children’s education?

Two barriers that I hear repeatedly from fathers are access to information about their child’s education and the scheduling of important meetings at times that make it difficult or impossible for them to attend. Educators have many tools available to communicate with parents. Make sure that the information being communicated is accessible and even if the parents are still together, that texts or emails go to both parents. Don’t assume that all the information sent only to one parent will be communicated to the other. Many times, I hear from fathers something along the lines of “I’d participate in my child’s individualized education program (IEP) meeting, but it’s always scheduled at a time when I can’t get off work.” Flexibility is the key to so many things and we have many tools available to effectively involve fathers, such as virtual platforms. Try scheduling meetings on a father’s lunch break, or before or after their typical work schedule, if possible.

ED: What suggestions do you have for early education professionals and educators who want to engage more fathers and grandfathers?

Access to information and ability to attend important meetings is crucial to effective engagement of fathers/grandfathers. Even if they are very willing and interested in engaging in their children’s education, if they don’t have access to information and/or are not able to attend important meetings because of scheduling issues, it will be very difficult for them to be effectively engaged. Make sure that you use family friendly language in the family’s language of preference when communicating. Finally, I would strongly urge you to resist the temptation to predict the future, often framed in terms of “Johnny will never be able to do (fill in the blank)”. No one can truly predict what a child is capable of accomplishing if they are provided with the right tools, education, supports, and encouragement. Don’t rush to take away a parent’s hope. Focus on the child and building an effective team, of which the child’s parents, including their father, are an integral, equal, and respected part.