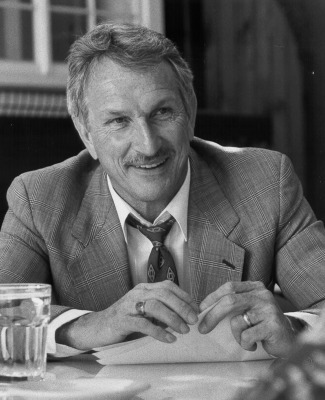 There actually are moments when we benefit from the right people being in the right place at the right time. One of those moments was in 1995 when Dr. Hill Walker, a professor of special education at the University of Oregon, was invited by a local school district pupil services coordinator to assist him with achieving better allocation of district intervention resources to address the needs of students with challenging behavior. Hill Walker was already a well-respected scholar and program designer. His work on classroom management, and his emerging First Step to Success curriculum for students with significant problem behavior, were already appreciated as classic examples of extending solid instructional and behavioral theory to address pressing issues in schools. Our history has always been to be of assistance to those who host our research efforts. Hill agreed to do some thinking about this issue and wrote a detailed memo to the coordinator laying out a prevention agenda that would work district wide.

As a result of his on-going intervention research, Hill had become interested in prevention systems that could address problems early on in their trajectory. This shift in focus from “remediation” to “prevention” was not a strong theme in education at the time. In his memo to the school district, Hill described how an approach from the Institute of Medicine (IOM) emphasizing a 3-tiered prevention classification would be a functional fit for education. The focus was on health prevention, but the framework was enticing. Primary prevention (Tier I) involved strategies provided to all, and designed to limit the emergence of problems. Secondary prevention (Tier II) incorporated more intensive supports, but only for those who need a modest level of increased assistance to be successful. Tertiary prevention (Tier III) was more expensive, more intensive, and more individualized. Tertiary prevention practices received high visibility, but there was a recognition that no community could afford effective tertiary prevention practices without investment in the full multi-tiered structure. While the model was framed in a medical approach to community health, Hill recognized the value of the core ideas for education.

Hill contacted Mike Epstein, founder and editor of the Journal of Emotional and Behavioral Disorders (JEBD), about this model and asked if the memo could be converted into a journal article for JEBD. Mike encouraged him to do so. The article was published in JEBD in 1996 and was well received by the field. This adaptation appeared to be the “right idea at the right time”.

To our collective benefit, Hill Walker was able to bridge the community health context, with the elegant concepts of multi-tiered prevention, and link these messages with the compatible notion of “response to intervention” being articulated by Lynn and Doug Fuchs. A major insight was his vision that the multi-tiered logic was a good fit with intervention practices he now saw as Tier I, Tier II and Tier III prevention activities for academic and behavioral outcomes. His 1996 paper offers a model with conceptual and practical messages that have been both highly cited and overtly followed. The importance of the multi-tiered approach (now cast as “multi-tiered systems of support:” MTSS) is evident in the evolving structure of response to intervention, the application of positive behavioral interventions and supports (PBIS), recent amendments to the Elementary and Secondary Education Act (ESSA: 2015), and emerging elements of the reauthorization of Individuals with Disabilities Education Act (IDEA). The multi-tiered triangle, first introduced to educators in the 1996 paper, is now highly recognized and is an ingrained part of our understanding of educational supports. The positive implications of this approach for education in general and special education in particular are still emerging. 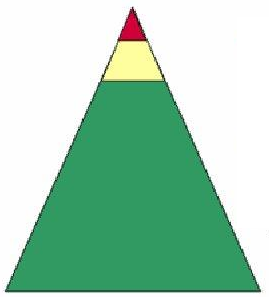 The unequivocal emphasis on demonstrating a research to practice framework has always been a defining characteristic of Hill Walker’s work. With the many variations, adaptations and elaborations that now exist of multi-tiered educational systems it is worthwhile to reflect on the debt we owe to the field of community health, and to those scholars like Hill Walker who have interdisciplinary insights and who can define common problems, and have been willing and able to see beyond the present and guide the future.

Posted by
Rob Horner
Alumni-Knight Professor, Department of Special Education and Clinical Sciences, U of Oregon 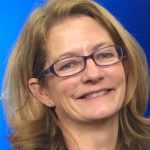 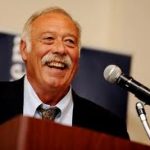 I want to draw your attention to today’s News Release from the United Nations Human Rights Office of the High Commissioner regarding the importance of inclusive education for all people, including persons with disabilities. Sometimes I think we forget that our shared work to develop more inclusive schools is, in fact, the foundation of peace in our communities and in our world. Thank you for your peacebuilding work; we have so much more to do.

As you enter the new school year, I hope you will find many opportunities to reflect on Article 1 of the Universal Declaration of Human Rights (UDHR), which the U.S. ratified after World War II. The UDHR serves as the foundational document for the Convention on the Rights of Persons with Disabilities (CRPD) and for all of the other human rights conventions. The CRPD contains no new rights, but helps to explain how modern nations have agreed to interpret the rights of persons with disabilities.

Article 1 of the UDHR reads:

“All human beings are born free and equal in dignity and rights. They are endowed with reason and conscience and should act toward one another in a spirit of brotherhood.”

I have a UDHR app on my smart phone so that I may try to learn more. I hope you will look it up, too. It is amazing how applicable it is in daily life. 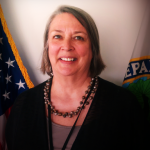