This post was crossposted from the National Center for Education Statistics blog.

Breaking down data by race and ethnicity can provide a better understanding of education performance and outcomes than examining statistics representative of all students. In observation of Hispanic Heritage Month, this blog presents NCES findings on the learning experiences of Hispanic students throughout their education careers. 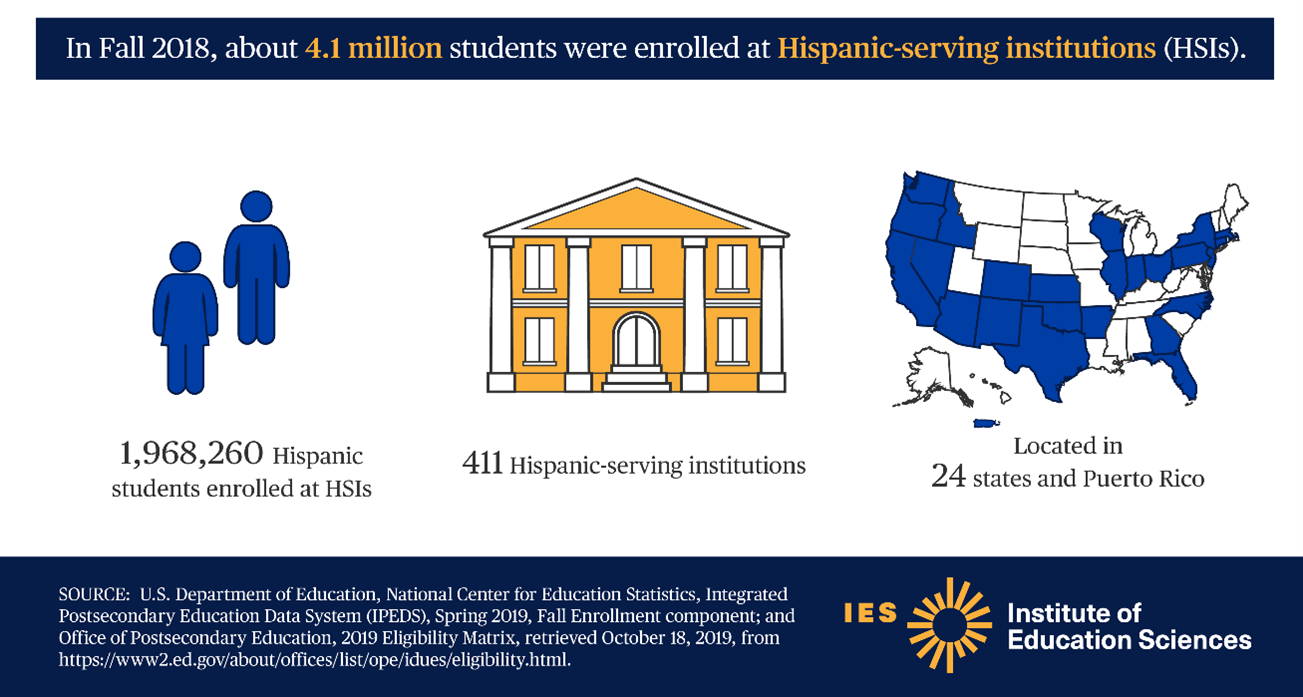