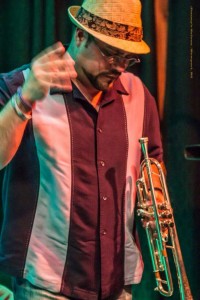 Why do you teach?  I teach because I have come to appreciate education (especially science education) as the avenue for lasting social justice. It is when students are empowered to ask questions and demand publicly verifiable data that they begin to understand their own true potential. Education is not exclusively about content delivery; when done wholeheartedly, education is about forming and shaping a person to become a full participant in the human experience. Lastly, I teach because others have educated me and encouraged me to become an academic.

What do you love about teaching?  Over the years I have seen students reach their dreams. From the poorest school in Rhode Island, students have pursued their dreams in some of the most academically demanding programs in the world (MIT, Harvard, Brown Med, Tufts, Naval Academy, etc.). Moreover, student success cannot be measured exclusively by the few, instead I cherish the fact that a large majority of my students have a deeper understanding of the natural world and a greater respect for themselves. I begin all my classes telling students that there is nothing I can do to make them great – because they already are GREAT. My job then becomes that of a mirror that allows them to see their greatness via the academic challenges I pose for them. I love their reactions when they realize that I was correct and that they in fact, have greatness coursing through their blood.

When you were a student, was there a great teacher who inspired you?  All my mentors teach through me. I often catch myself repeating a concept in the same way that my professors in college explained it (for example, the “tube within a tube” body plan). There have been so many teachers that inspired me that I cannot list them here (in fear I will exclude any of them). Furthermore, what set them apart from other teachers was their fundamental belief that I deserved and had the capacity to learn. Those instrumental teachers treated me as a capable learner rather than just as a poor, smelly, hairy Latino kid from the barrio.