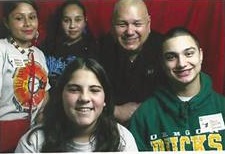 As a young Native American, I see the difficulties and struggles that follow us every day. I see how other Native boys are affected by the devastating statistics that haunt Native Americans; we have the highest dropout rate, lowest numbers represented in college, and young Native men have the highest suicide rates among all ethnicities. Observing these tragedies unfold right in front of my eyes, I decided to make a change. About two years ago, I began a peer-to-peer youth study group called NERDS; Native Education Raising Dedicated Students. I work with both males and females, but it would appear as though the program has had the largest effect on the young men who participate. There are numerous inspirational stories of young Native men who have beat the odds and have refused to become a statistic, but there is one boy that really sticks out when I think of the program I started and lives I wanted to improve. When I started NERDS in my eighth grade year, I had a hard time getting students to come in and actually work. One of my best friends, someone who consider like a brother, was another Native boy. We had grown up playing football together and loved the bond we shared being Native. Like many other Natives, Doug didn’t come from best home. His family was poverty stricken and living in poor conditions. He wasn’t able to focus in school, causing his grades to slip. He didn’t have a high enough GPA to play high school football and we both knew it. I talked to him one day and told him that if he would come in after school and join NERDS, I could help him get his grades up. He was immediately engrossed and couldn’t wait to come in after school that day. Once the bell rang for school to end, I headed over to the classroom we worked in. When I opened the door, Doug was already there, with his homework out and ready to work. After about two weeks, there was a substantial change in Doug’s grades. He had gone from almost all F’s to C’s and B’s. By the end of the school year, Doug had all A’s and B’s. He went from not being able to walk across the stage at eighth grade graduation or playing high school sports to having one of the best GPA’s in the school. I’m extremely proud to say that Doug is still very active in NERDS, has great grades, and is active in high school sports, leading our football team in touchdowns last year and running one of the fastest times on our track team. Doug didn’t succeed by having a tutor or help on his homework, he said that he succeeded because there were people who cared about him and friends who he didn’t want to let down.

-Guest Blogger Dahkota Brown
For more information on My Brothers Keeper and to share your story visit http://www.whitehouse.gov/my-brothers-keeper

Dahkota is a sophomore in high school who understands the importance of education and the need for  encouragement from peers, family, community and the school system. Dahkota started his own peer-to-  peer study group called NERDS (Native Education Raising Dedicated Students). As part of this study  group, Dahkota works with local high schools and middle schools to help Native American students  better connect with and relate to lessons. His efforts include working with students to create mock-  quizzes as well as reviewing homework and classwork. Through college diversity programs, Dahkota  plans to arrange a field trip with his study g 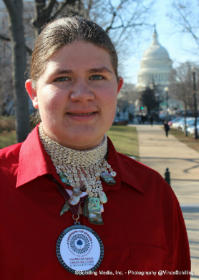 roup to visit colleges and universities in California to  encourage his peers to apply for college and continue their hard work in high school.