SACNAS (Society for the Advancement of Chicanos and Native Americans in Science) Summer Leadership Institute (SLI) is entering into its fourth year. SACNAS was founded by a group of minority scientists and incorporated as a 501c3 non-profit corporation in 1973.  The SLI has been developed in collaboration with the AAAS, the American Association for the Advancement of Science- an international non-profit organization dedicated to advancing science globally by serving as an educator, leader, spokesperson and professional association.

The goals of the SLI are to increase governmental commitment to advancing Hispanics/Chicanos and Native Americans in science resulting in increased resources, elimination of barriers, and greater equity and to increase the number of Hispanics/Chicanos and Native Americans in science research, leadership, and teaching careers at all levels.

On July 17, 2012, the WHIAIANE Executive Director William Mendoza was invited to speak at the SLI luncheon on topics related to “Challenges for People of Color in Leadership.”  Mr. Mendoza spoke about his personal pathway to leadership and engaged in dialogue with SACNAS leaders. 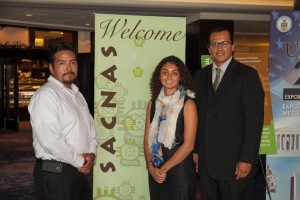 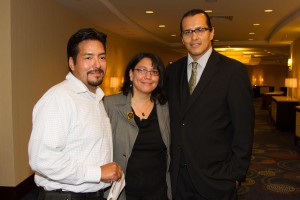 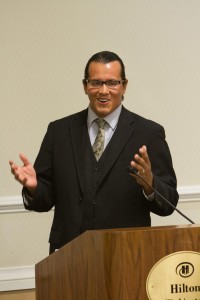 Mr. Mendoza engages the audience by speaking about his pathway to leadership. 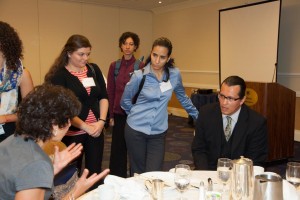 After the luncheon, Mr. Mendoza talks with audience members about their experiences

These photos are courtesy of Michael J. Colella