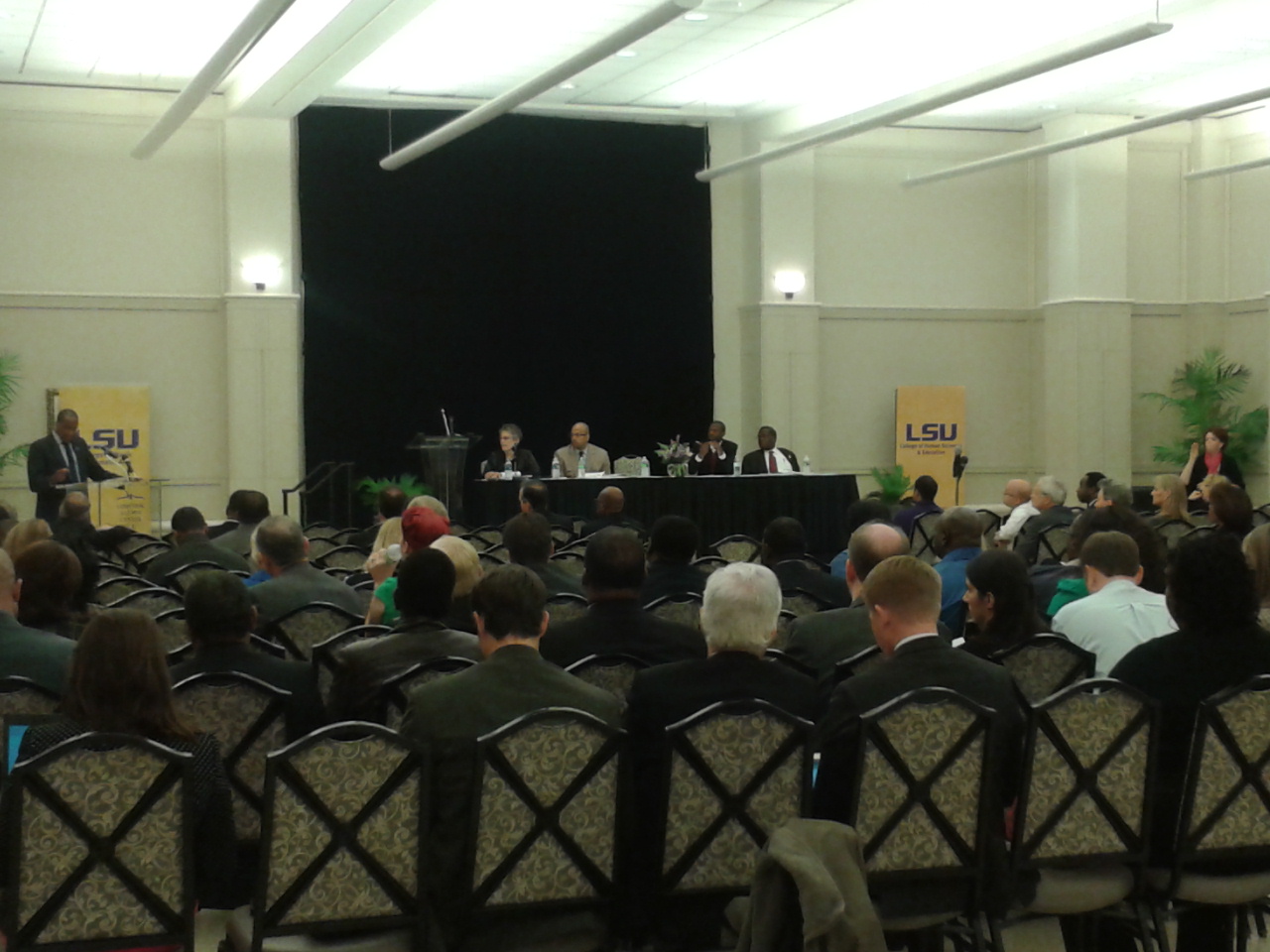 A system of college ratings will help students choose among colleges and encourage institutions to improve. This fall, the Department of Education set out across the country tolisten to everyone who wanted to talk about how we can make college more affordable and a solid investment for families and taxpayers.

In August the President outlined an ambitious agenda to combat rising college costs and improve the value of education so students and the nation can achieve our goals of growth, opportunity and economic strength.  He asked the Department of Education to reach out widely as we create a system both to help students and families choose colleges and eventually to reward colleges’ performance on key measures of opportunity and completion that are important to the nation. He also asked us and to honor his “firm principle that [the Administration’s] ratings be carefully designed to increase, not decrease, the opportunities for higher education for students who face economic or other disadvantages.”  –August 22, 2013, Buffalo, NY.

So we fanned out across the country to listen. First, we gathered national student organizations, because students are at the heart of this effort to improve education and put it within everyone’s reach. In November, we held four Open Forums in the Los Angeles area at California State University- Dominguez Hills, George Mason University in the Washington, D.C., area, the University of Northern Iowa in Cedar Falls, Iowa, and Louisiana State University in Baton Rouge, Louisiana. We also arranged meetings in Chicago, Boston, Richmond, Las Vegas, and Annapolis, MD, before wrapping up the Fall portion of our outreach earlier this week in Davis, CA.  We gathered a wide range of perspectives from college leaders, students and faculty from all levels and sectors, and from parents, business people, college counselors, education associations, and policy analysts. In all, we held more than 55 meetings with thousands of participants. We also invited comment from the public, and continue to welcome ideas, at collegefeedback@ed.gov.

What have we learned? It was no surprise that people want the option of college for themselves and their families, that choosing among colleges is hard, and that people worry – a lot — about the cost. Many students and groups that advise low-income students about college responded positively to the plan for ratings that would incorporate measures of college access, affordability and outcomes.

And it was very good to hear, over and over and from all quarters, how many people share the President’s fundamental commitments to affordability, access, completion, innovation and transparency. Here are some of the most enthusiastic and personal comments we heard in support of the plan to develop a college ratings system:

“Parents and students shouldn’t have to guess. We salute the Secretary’s call for a ratings system – nutrition labeling for colleges.” J.B. Schramm, College Summit

“There is an urgency in developing solutions…Perhaps the worst thing we could be doing right now is to do nothing.”  King Alexander, President, Louisiana State University

“We whole-heartedly stand behind a ratings system…It would encourage institutions to start innovating and create more effective practices to get their students through the pipeline.” Allison De Lucca, Southern California College Access Network

“The Administration is right to demand results, not rhetoric, and metrics for accountability.” American Council of Trustees and Alumni

At the same time, we heard many probing questions, thoughtful suggestions, and serious concerns about the design of the system, its reliability and clarity, and the effects it might have. They were glad to hear that colleges will be grouped by mission or other criteria to generate reasonable peer groups; that the system is envisioned to generate broad performance categories, not rank-ordered lists; and that we want to give weight to whether schools are improving. Stakeholders said they appreciate the Department seeking advice before designing the system, but not having a specific proposal they could react to led to speculation and some concern.

We received many comments that recognize the challenges the Department faces in shaping a successful ratings system.  We were encouraged to consider a range of issues, including:

The Department is now evaluating all the comments we received, while working with data experts, soliciting technical recommendations, and assessing existing ratings systems in higher education and other fields. Our goal is to publish a draft of the ratings system in mid-2014 for public feedback and improvement. The President has charged us to issue the ratings in time for students and others to use it for the 2015-16 school year.

We continue to look forward to receiving your comments, particularly those which both pose a question and focus on a specific recommendation to address the issue. Secretary Duncan has urged stakeholders to be candid and constructive. We understand the concerns we have heard and recognize the challenge of developing a system that is helpful to students and their families and not harmful to quality institutions and our diverse higher education sector. With continued constructive feedback and collaboration, we can produce a more useful, smarter system that promotes opportunity and individual and national goals through informed higher education choices.

Jamienne Studley is Deputy Under Secretary of Education.