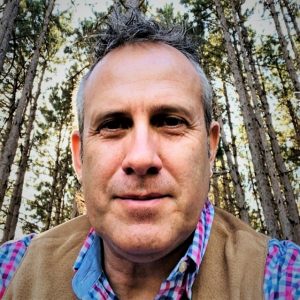 When I was in high school in the mid-1980s, I got a copy of Richard Bach’s book “Illusions” into my hands. I can’t remember how that came to be, or who put it there, but there is a quote in that book that can always help you look in the mirror and recognize who you see, and it reads, “Remember where you came from, where you’re going, and why you created this mess you got yourself into in the first place.”

Now some 40 or so years later, I work in the role of director for a State Personnel Development Grant (SPDG) focusing on improving graduation rates of Native American students with disabilities in Minnesota.

Working in the space of Native American youth and families, education, and disability, comes with enough contemporary challenges and deeply rooted historical injustices to more than occasionally qualify as the proverbial mess that either one leaves for another day or moves one to courageously roll up the sleeves in the hope of getting into it and pulling out some good after all.

When the Minnesota Department of Education (MDE) was working on picking a State Improvement Measurable Result (SIMR) in 2013, I had returned to MDE from a position in one of the state’s largest urban school districts leading implementation of Positive Behavioral Interventions and Supports (PBIS). One of the schools in which PBIS implementation had seen success was a magnet school designed to support students in a school setting emphasizing and reinforcing Native American culture.

I had some experience bridging the gap between classic American educational structures and Native families from previous work establishing an alternative high school in another part of the state. For me, being an educator has always been about a core belief that education is most important not just at the center and core of society, but maybe even more so at the fringes, in the margins, and for the overlooked. 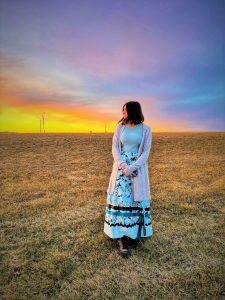 Working to make educational opportunity to happen in not just a culturally informed but also in culturally supportive ways for Native students was an experience that became a commitment for me.

Towards the end of my work leading PBIS implementation, I was able to deepen both my commitment and my practice by working with Mark Tilsen, Jr. (poet, activist, and walking master of humor in bad situations) and Janice LaFloe (astute weaver of Montessori school design with Native culture) to obtain a grant from the Minnesota Indian Affairs Council for implementing a youth-led Dakota and Ojibwe language revitalization project at the American Indian Family Center in St. Paul. Dezmond Juan was my co-facilitator, and he helped me be the most authentic educator I could be in a Native cultural space, learning to laugh about it and at myself as often as I could. We met weekly to support Native youth in using the internet to make opportunities for Dakota and Ojibwe language study available, which at the same time created opportunities for Native students to explore and develop a sense of their self-identity.

When I got back to MDE in time for devising a State Improvement Measurable Result (SIMR), I was already pretty energized about issues for Native youth, including Native students with disabilities. If you want to get yourself into a situation that you might not attempt on your own, it always works to get in a room for hours with as many other like-minded people with a dangerous tendency to urge each other to go to the next level as you can.

An article in the Minneapolis Star-Tribune around the same time put the same graduation gaps in the public eye. Within the year, we were combing state data bringing a new kind of state agency connection and support to school districts serving high numbers of American Indian and Black students with disabilities.

Right away, I was excited with this new direction in MDE work. That said, it was Native educator and activist Lisa Bellanger who gave me the real measure of success and progress that the work needed as far as I was concerned. I explained the whole project to her one day, and after quietly and attentively listening, she asked, “That sounds real good, but what is the difference that will be able to seen in the school day of a Native student with a disability?”

I’ve carried that question to work every day since then: what is the real observable difference that will be seen in the school day for students? 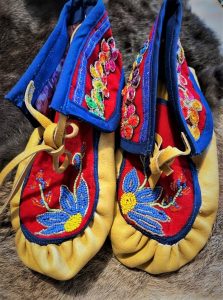 Some seven years later now, and our state is engaged with educators in six school districts and a tribal school, and still working to find and support more schools.

You can imagine how it felt for me when a couple weeks ago, I was presenting on the SPDG to our state’s Tribal Nations Education Committee – tribally appointed representatives advocating for American Indian students in Minnesota – when one representative gave me a brief message, “Lisa Bellanger is sitting here next to me, and says ‘Hi.’”

In that moment, because of people I have been able to mention here and some even more important ones I haven’t, I remembered where I came from, where I was going, and why I created this very right and good mess that I got myself into in the first place.

Gratitude, wopida, miigwechiwendamowin for all of those people — I remember you too.