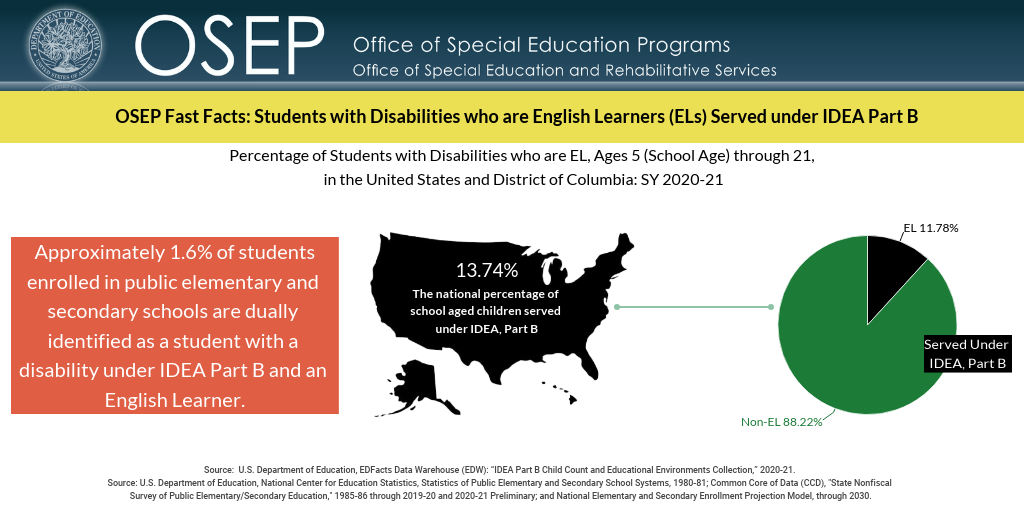 By the Office of Special Education Programs

Highlights from OSEP Fast Facts: Students with Disabilities who are English Learners (ELs) Served under IDEA Part B:

OSEP Fast Facts is an ongoing effort to display data from the 12 data collections authorized under IDEA Section 618 into graphic, visual representations with the intent to present 618 data quickly and clearly.