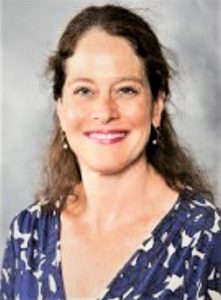 “The pandemic has been hard on all of us, but children with disabilities and specially those of color experienced great challenges. I am over the moon to be at the Department of Education at this historic time and to be part of the team of individuals who are working to ensure all students succeed in the upcoming school year.”

A long-time disability rights ally, Neas most recently served as senior vice president of public affairs at the American Physical Therapy Association (APTA). Prior to joining APTA, Mrs. Neas spent 23 years at Easterseals, a national nonprofit provider of direct services to children and adults with disabilities and their families. Her roles at Easterseals included federal and state government relations advocacy, oversight of federal grants and contracts, and management of the Easterseals Office of Public Affairs. Neas was previously the associate director of the American Association of University Affiliated Programs for persons with Developmental Disabilities.

“I began my career on the U.S. Senate Subcommittee on Disability Policy where I worked on the original Americans with Disabilities Act (ADA). During that time, I partnered with all aspects of the disability community who taught me a lot about education, employment, independence, and integration of people with disabilities into the community. Along with the ADA, the Individuals with Disabilities Education Act (IDEA) has guided my work and focus as well.”

In her capacity as acting assistant secretary, Neas will lead OSERS towards its mission to improve early childhood, educational, and employment outcomes and raise expectations for all people with disabilities, their families, their communities, and the nation. A graduate of Georgetown University, she hails from Des Moines, Iowa.

“Families need greater access to high quality early education services … ensuring that the social emotional health of all children, including children with disabilities is prioritized “