Note: May is Better Hearing and Speech Month. 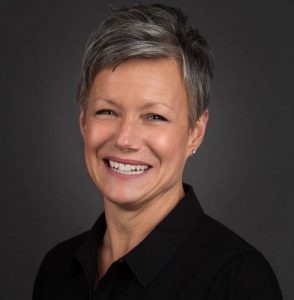 Those were the words I heard over and over again when my oldest child was born 27 years ago. She will never read past a third grade reading level; she can only hope for a menial or labor-oriented job; this is the best her writing will ever be so maybe you should just accept it, maybe you are in denial. Sound familiar? I am sure that I am not alone as a mom. Many of us have heard these words from well-meaning and well-intended professionals who are only trying to help.

In July of 1990, I gave birth to a very healthy and beautiful baby girl, Laurin. I mean, she was adorable (seriously, picture the Gerber baby. That was Laurin.). She seemed to be doing everything ahead of the developmental milestones: crawling, sitting up, etc. But then, on Christmas when Laurin was five months old, my sister came to me and said, “I just tripped and knocked over some pots and pans behind Laurin and she didn’t startle.”

It is safe to say that this single moment radically changed my world.

Throughout the next month, I tested Laurin’s hearing: clapping my hands behind her, clanging pots and pans, you name it. Yes, sometimes she turned and other times she did not. What’s a mom to do? It was then time for Laurin’s six-month well-baby checkup. I told our family doctor that I thought there might be a problem with Laurin’s hearing. His fateful response was, “It seems unlikely, but you are her mother and you know her best. Let’s just get her hearing checked.” All I could visualize was my Gerber baby sitting with big clunky headphones strapped on her head. How in the world could they test her hearing? All I knew of hearing tests was from my elementary school days—sitting very still, listening intently for a beep so I could raise my hand. Before we walked out of our doctor’s office, we had an appointment to see an audiologist.

The next few weeks were a blur—lots of crying, lots of testing, lots of unknowns, and then the audiology appointment. To be honest, I was so lost. It was like I stepped into a whole other world—one of strange words and acronyms, ABR, amplification, speech banana, Db, frequency… this was just the start of all of the special education lingo that was to follow shortly after our audiology appointment. So yes, Laurin’s auditory brainstem response (ABR) was basically a flat line. I’m not sure exactly what I felt, but I can say that Laurin was clueless. All she wanted to do was to play and explore the world around her. Our audiologist broke the news to us in a very direct and factual way, which was such a relief. He also said that he could be wrong. We went for a second ABR and his diagnosis was confirmed—she was profoundly deaf in both ears. Bilateral deafness; yes, another new vocabulary term added to my repertoire.

Looking back, I didn’t realize that the diagnosis was the easy part of this journey. After the diagnosis, our audiologist informed us that we needed to decide on a methodology. Huh? Consider amplification. Hmm? He also shared that there were very strong and opposing opinions about what were the best ways to teach children who are deaf. Later I learned that this was an understatement. He sent us off to do our research. Now remember, this was 27 years ago, and there was no internet. We went old school: our local library. We checked out every book they had on deafness and began to read.

I also received a wide array of advice: there is a residential program 30 minutes down the road; do not take no for an answer. I clung to this advice, which firmly cemented that I was Laurin’s mom and I had to make the decisions. It came from a Parent Educator at the Exceptional Children’s Assistance Center, North Carolina’s PTI (parent training and information center). Little did I know, my Parent Educator would later become my confidant and mentor. Just knowing that she was on the other end of the phone, or joining us for a training session, was such reassurance as we journeyed through Laurin’s life.

Four years later, we decided to have another baby. We felt like we had things somewhat under control. Laurin was fully included with her peers in our local childcare program. The school system was doing all kinds of creative supports and services for her. Her team and I decided that it was time for a cochlear implant. I had it all mapped out: surgery on June 1, second baby the middle of July—what could go wrong? Everyone told me that Laurin’s deafness was a fluke, right?

Her sister came on the fourth of July, and yep, you guessed it, she was another baby who was deaf. I wish I could say that I didn’t cry, but I did. However, this time I was a pro at the vocabulary and acronyms. This time, her big sister had already blazed the trail. Fast forward 20 plus years, and I am an empty nester. Both girls are grown and married. The youngest graduated college two years ago. And Laurin, her big sister? Well, as someone who was told she’ll struggle, and of course never earn academic honors…she of course graduated high school with honors, in the top 10% of her class; went onto college (which wasn’t for her); lived abroad; worked a variety of jobs until she figured out her path; and will graduate from college this May!

To say that I am proud of both of my daughters is the understatement of the century. I’d like to think that I played a role in their success and accomplishments, but truth be told, they came into this world as amazing women! It took persistence, and truly a village’s worth of blood, sweat, and tears from more people than I can name to make success and happiness a reality for them.

So what’s next for me? Hopefully grandbabies one day! 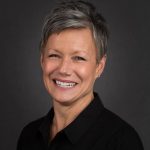