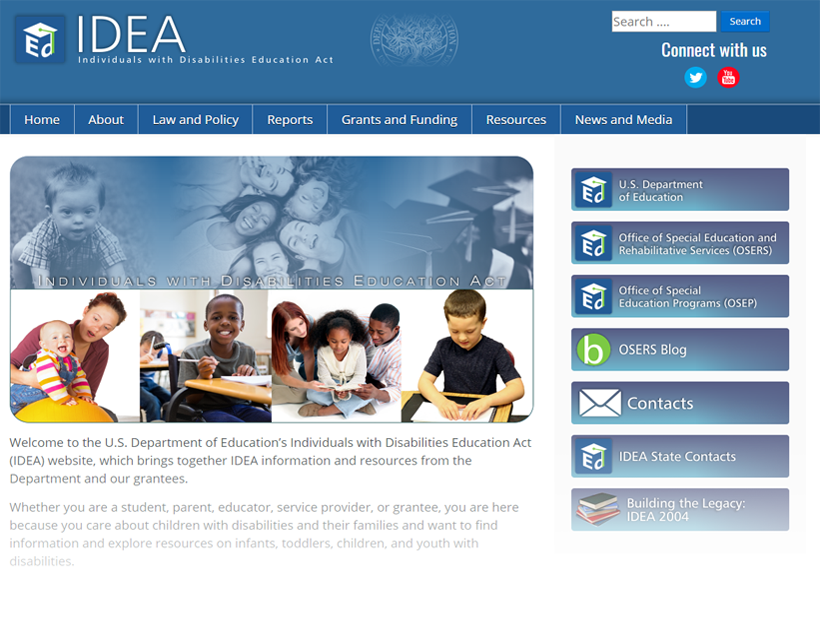 The Office of Special Education and Rehabilitative Services will automatically direct users from the Building the Legacy: IDEA 2004 site to the new Individuals with Disabilities Education Act (IDEA) website starting April 30, 2018.

OSERS launched the new IDEA website in June 2017 in order to provide updated department information regarding the IDEA to the public including students, parents/families, educators, service providers, grantees, researchers and advocates.

OSERS determined it would leave the Legacy site live after the new site launched to provide stakeholders ample time to compare the two sites, adapt to the new site and provide feedback to OSERS.

OSERS has made updates to the site based on the feedback it received from stakeholders since the initial launch of the new IDEA website.

OSERS will continue to gather feedback about the new website in order to enhance and add content to the new IDEA website to ensure the new site remains current.

Stay tuned for video tutorials highlighting features of the new site in the coming months. If you have feedback, comment on the IDEA Website Feedback blog.