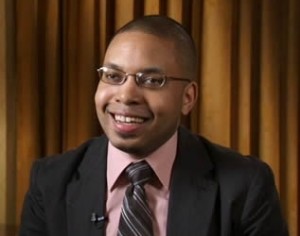 Joseph A. Almeida, in his 10th year of teaching, currently serves as a sixth grade mathematics and science teacher at Keith Middle School in his hometown of New Bedford, MA.  He has worked at KIPP STAR College Prep Charter School and KIPP Infinity Charter School in New York City.  He has written the district-wide curriculum and assessment systems there as the Official Point Person for the Mathematics Working Group.  In 2011, Mr. Almeida led his students to earn the second highest scores in Manhattan among charter schools on the statewide mathematics test.  Prior to joining KIPP in 2008, Mr. Almeida began his career as an educator at the Paula Hedbavny School (PS/MS 278) in the upper Manhattan neighborhood of Inwood as a Teach for America corps member upon graduating from Georgetown University in 2005.  During his tenure at this school, Mr. Almeida taught fifth grade, was a member of the school’s leadership team, and founded an after school dance troupe called Groove Theory (in honor of the group that he helped to develop while a student at Georgetown.) In 2007, due to his leadership in the classroom and his students’ high academic achievement, Teach for America selected Mr. Almeida as its National Teacher of the Year and awarded him the Sue Lehmann Award for Excellence in Teaching.  In that same year, Mr. Almeida earned his Master’s degree in childhood education from Pace University.  Mr. Almeida has appeared on national news networks, in various national publications and is one of the featured educators in Steven Farr’s book entitled Teaching As Leadership: The Highly Effective Teacher’s Guide to Closing the Achievement Gap.  From August 2011 to June 2012, Mr. Almeida worked at the Alma del Mar Charter School in his hometown of New Bedford, Massachusetts as a founding teacher and chair of the mathematics department.  Joseph is also an America Achieves Fellow as well as a Student Achievement Partners Fellow.  He has facilitated presentations for district leaders, principals and teachers at various conferences across the country with regards to Common Core implementation.  He also has a very popular and helpful YouTube channel that explains to teachers, parents and students the content of the Common Core in math.  It is called Math with Mr. Almeida, http://www.youtube.com/user/MathwithMrAlmeida.

Why do you teach? I teach because I know that our young people need adequate guidance to hone the academic and character skills that will enable them to be productive, self-sufficient, and happy in both college and career.  I know firsthand the power of having a teacher that motivates her students to achieve excellence, and I want to be that leader for my students.

What do you love about teaching? Everyday has the potential to be the greatest day of your life.  I love that I learn more about my students everyday and the best ways to reach them.  As a math teacher, I love when students get the concepts that for years they did not understand.  Having a student develop a love of learning—both inside and outside of the classroom—is what I enjoy the most.

When you were a student, was there a great teacher who inspired you? I had many inspiring teachers when I was a student.  One teacher stands out the most because she helped me to see that school could be just as engaging and fun as my learning experiences were at home with my mother.  Her name is Ms. Kay LaFontise, and she was my second grade teacher.  We learned about the life cycle through mealworms and had spelling bees.  She devoted her lunch periods during the first month of school to take each student out to lunch and make each of us feel special.  And we still stay in touch today after she made a surprise visit to my classroom while I was teaching.