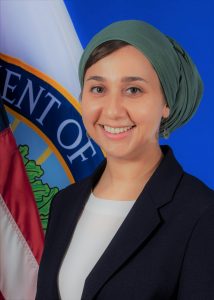 Maggie Siddiqi joined the U.S. Department of Education in May 2022. Prior to joining the Biden-Harris administration, Maggie Siddiqi served as senior director of the Religion and Faith team at the Center for American Progress, where she led the organization’s work on religious liberty and engaged a coalition of diverse faith leaders to advance progressive policies. Prior to that, Siddiqi spent nearly a decade in national organizations serving American Muslim communities, with a focus on interfaith relations and faith-based advocacy. Siddiqi started her career by interning for U.S. Rep. Sheila Jackson Lee (TX) and serving as a field organizer in President Obama’s 2008 presidential campaign. 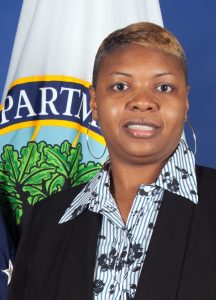 Angel Rush joined the U.S. Department of Education in 1998. She has worked for the Office of Management, Federal Student Aid, Office of the Secretary and the Office of Elementary and Secondary Education Office of State Support.  In May 2016 Angel joined the Center for Faith-Based and Neighborhood Partnerships where she provides a high level of technical assistance to internal and external stakeholders to support the mission of the Department and Center.  Angel serves as the primary point of contact for the Center’s outreach efforts in family engagement, early learning and 21st Century Community Learning Center programs.  She earned a Master of Education Management and a Bachelor of Business Administration with a concentration in Acquisition and Contract Management from Strayer University. 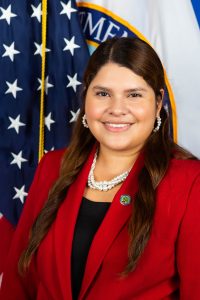 Jasmin Chavez is a Confidential Assistant at the White House Initiative on Advancing Educational Equity, Excellence, and Economic Opportunity for Hispanics and the Department of Education’s Center for Faith-based and Neighborhood Partnerships. Prior to this role, she was a Policy & Communications Associate at Dewey Square Group, specializing in technology and telecommunications policy.

Jasmin currently serves as the State Director for the Virginia League of United Latin American Citizens (LULAC). She has also served as the Latino Outreach Director for Victoria Virasingh for Congress and as the Chair of the Virginia Todos Con Biden Youth Committee.

Jasmin serves her alma mater as the youngest member of McDaniel College Alumni Council’s Diversity, Equity, and Inclusion Committee. She is an alumna of the Congressional Hispanic Caucus Institute, The National Museum of the American Latino Young Ambassadors Program, and the White House Initiative on Advancing Educational Equity, Excellence and Economic Opportunity for Hispanics Internship Program. In 2018, she was awarded Woman of the Year by the League of United Latin American Citizens (LULAC) and in 2022, was awarded the Emerging Leadership Award by the same organization.